With a surface covered in craters, Mercury closely resembles the Moon in appearance. However, terrain has also been discovered peculiar to Mercury and not seen on the Moon. Many mysteries remain as to how this was created. 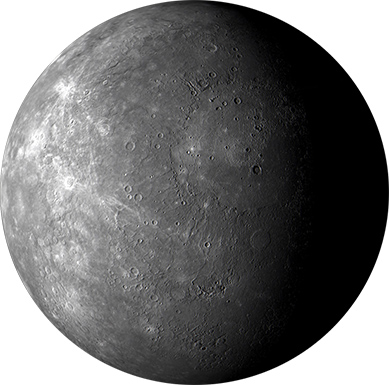 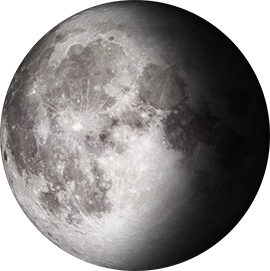 600℃ Temperature Difference
between Day and Night

Mercury is a planet with a very harsh environment. As the closest planet to the Sun, Mercury receives sunlight ten times stronger than that on Earth. The surface temperature of Mercury reaches as much as 430 ℃ during the day. At night the temperature drops to about minus -170℃, because of heat escaping into space due to the lack of a thick atmosphere such as on Earth. 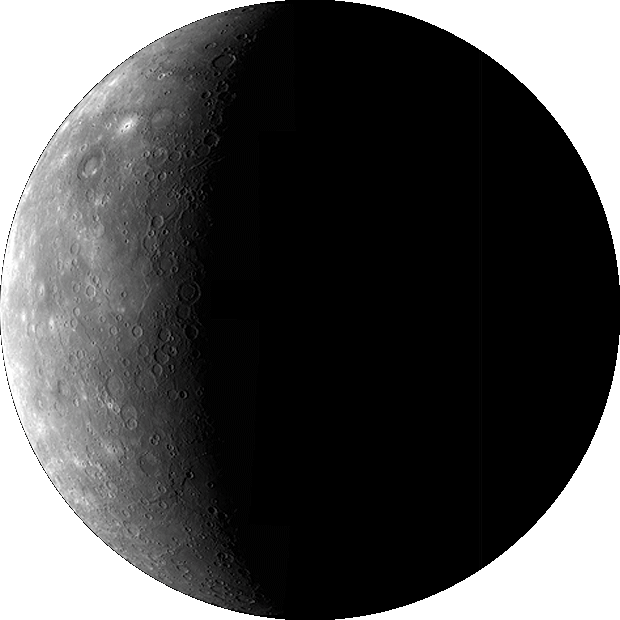 Mercury is the smallest planet in the Solar System, with a size less than half that of the Earth. Despite its small size, the density of Mercury is roughly equal to that of the Earth and it is thought that the interior contains a huge iron core extending to three-quarters of the radius of the planet. 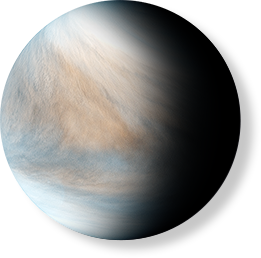 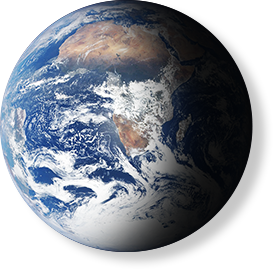 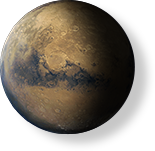 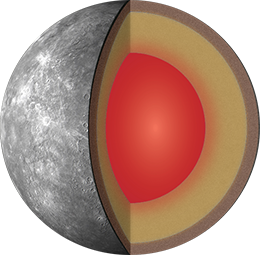 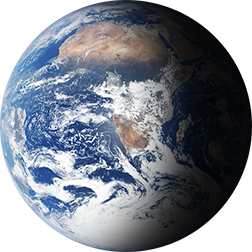