What is the Mercury Magnetospheric Orbiter, “MIO”?
What is BepiColombo?

BepiColombo is an international plan to explore Mercury led by cooperation between the Japan Aerospace Exploration Agency (JAXA) and the European Space Agency (ESA). The challenge of this large-scale international cooperative mission is to simultaneously send two spacecraft to orbit Mercury -MPO (the Mercury Planetary Orbiter) led by ESA and MIO (previously called MMO, the Mercury Magnetospheric Orbiter) managed by JAXA- to conduct a comprehensive study of Mercury. The Ariane 5 rocket launched BepiColombo from French Guiana on October 20, 2018 and, following a total of nine planetary swing-by maneuvers, is scheduled to enter orbit around Mercury in December 2025.

In Japan, discussions regarding the exploration of Mercury began in 1997, with BepiColombo commencing as a project in 2003. Following a development period of 15 years, we were all eagerly anticipating the moment of the BepiColombo lift-off! The design of MIO has built upon Japanese exploration of the Earth’s magnetosphere. The researchers and engineers were enthusiastic to utilize Japan’s technical experience in this area in the development of MIO. 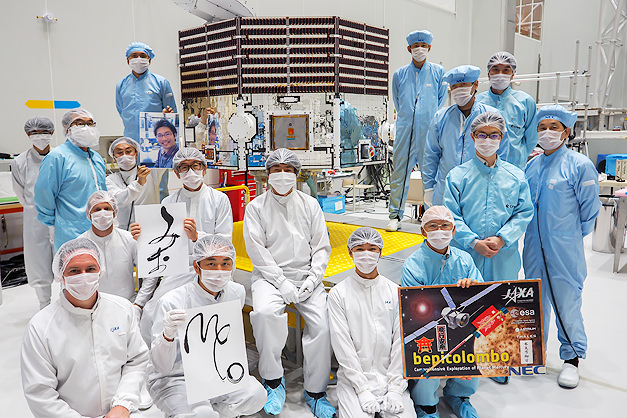 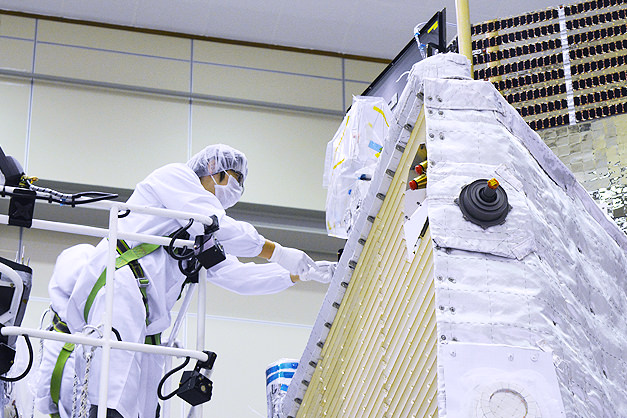 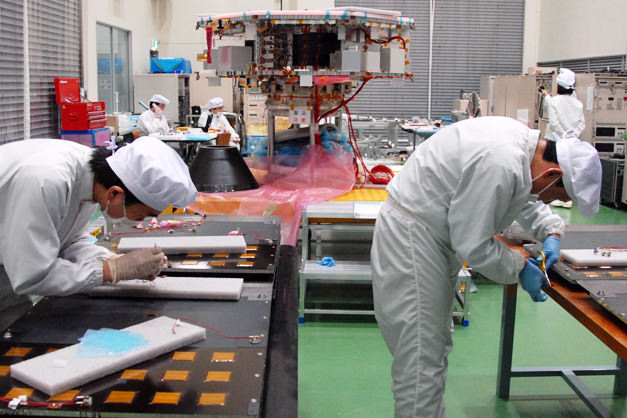 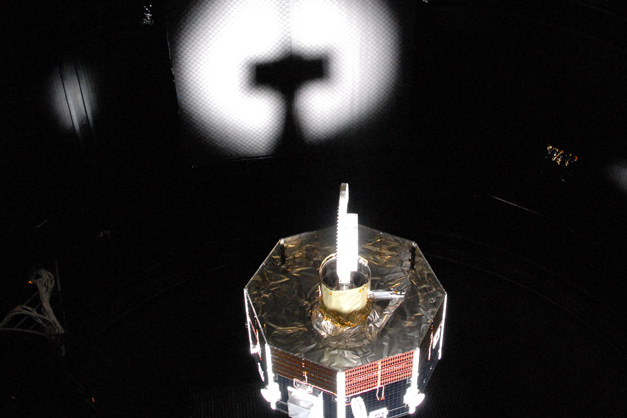 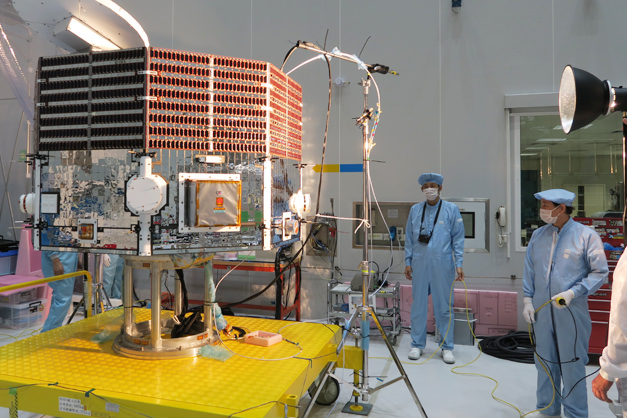 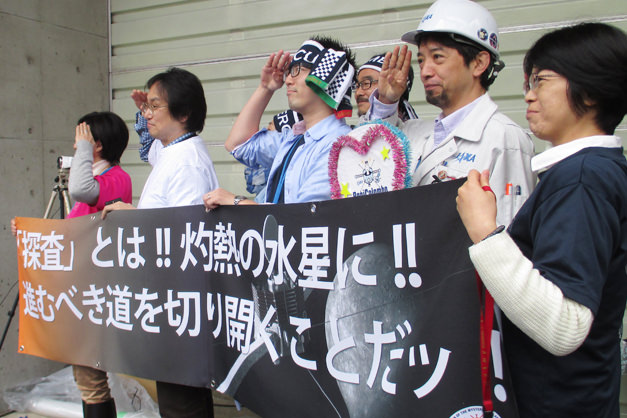 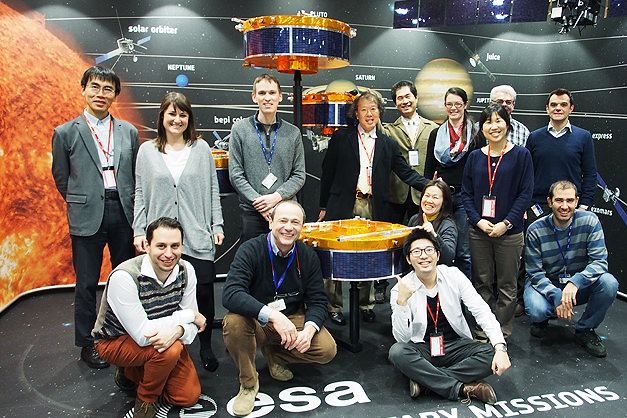 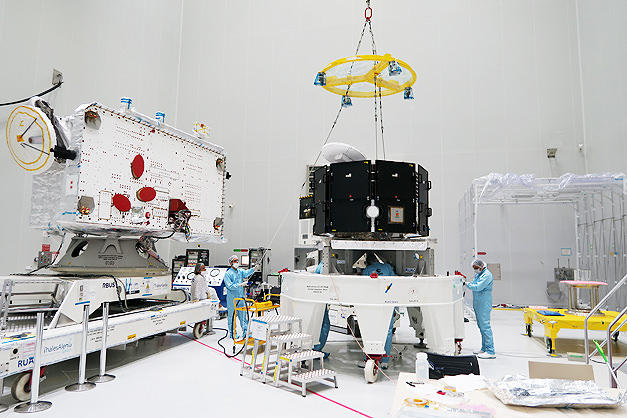 The Origin of the Name

The definition of the word mio in the original Japanese is a waterway or fairway. It is a fitting name denoting how far the MMO mission has come, navigating its course past important research and development milestones. It also carries the connotation of wishing the spacecraft a safe journey.
Historically, markers called mio-tsukushi were posted for guide boats sailing on rivers and seas. In traditional Japanese poetry, mio-tsukushi interchangeably means working hard without giving up. This describes the diligent and tenacious sprit of the MMO project team who never ceases to embrace a challenge.
This name was selected through a public contest.

This project was named after the Italian astronomer Giuseppe Colombo, who proposed that Mercury's orbital and rotational periods were locked into a 3:2 resonance. He also pioneered using swing-by maneuvers in planetary probe navigation and designed the trajectory of the first probe to explore Mercury, Mariner 10. We can say that Colombo made the exploration of Mercury possible. Commemorating such achievements, we named our mission as 'BepiColombo,' adding his nickname, 'Bepi.' 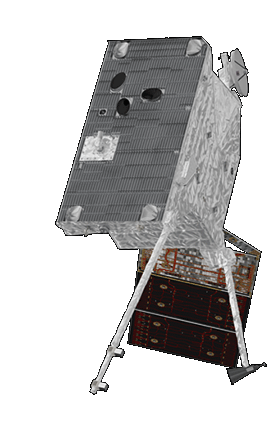 MIO's objective is to study Mercury's surrounding environment in detail, including its magnetic field, plasma, thin atmosphere, and dust. In addition to receiving sunlight around ten times as powerful as on Earth when in orbit around Mercury, MIO must also be able to withstand heat radiated from the surface, where the daily temperature reaches as much as 430℃ . Ingenuity was needed to enable observations in Mercury’s severe thermal environment.
In addition to design choices to improve the efficiency of heat dissipation into space, MIO is covered with mirrors on the sides permanently exposed to sunlight. The reflection can reduce heat absorption as much as possible. Instruments have not been attached to the rear of the solar cells, as this surface is black and inevitably heats up.

The MPO's objective is to study Mercury's surface (terrain, minerals/chemical composition) and interior (gravity and magnetic fields) in detail. An attitude control system will ensure that the heat shield is always faced toward the strong sunlight. Thus, the orbiter is designed to maintain a low temperature for equipment that requires cooling. 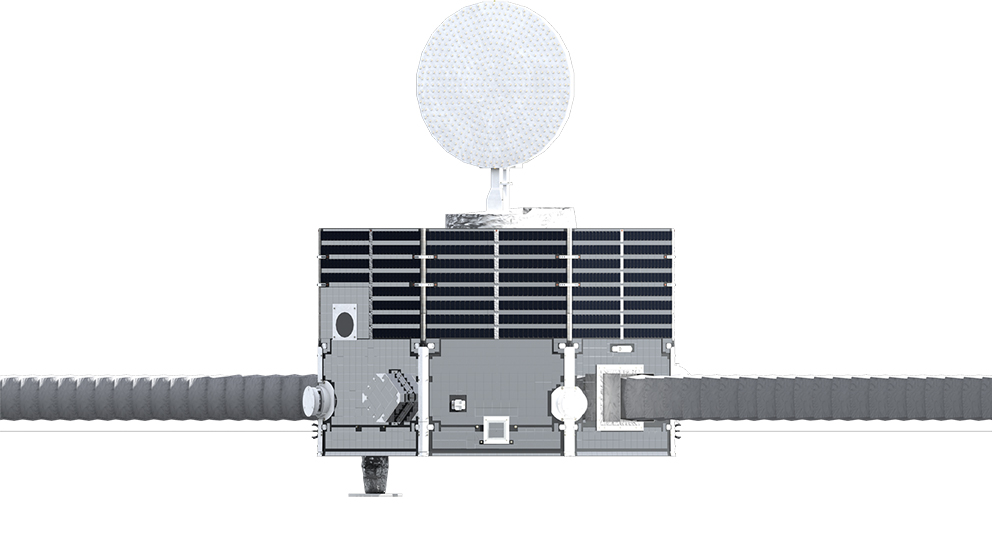 Cruise to Mercury through swing-by

Mercury is tough planet to explore and requires an enormous amount of energy to visit. As a result, only two explorers, Mariner 10 and MESSENGER, have travelled to Mercury so far. In order to save propellant, BepiColombo faces a difficult journey to Mercury and will perform a total of nine planetary swing-by maneuvers.
A spacecraft can change direction, accelerate or decelerate when passing close to a planetary body due to its gravitational field. The navigational maneuver for utilizing a planet’s gravity to change a spacecraft’s speed is called a swing-by (or flyby, gravity assist). A spacecraft can adjust its course without propellants when using a swing-by. Nowadays, many planetary missions use swing-by maneuvers to reach their destinations. 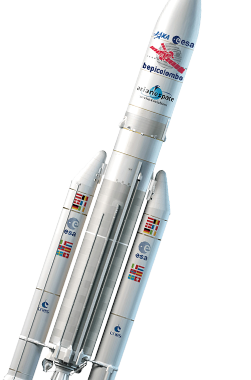 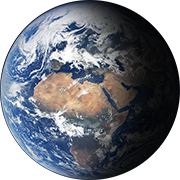 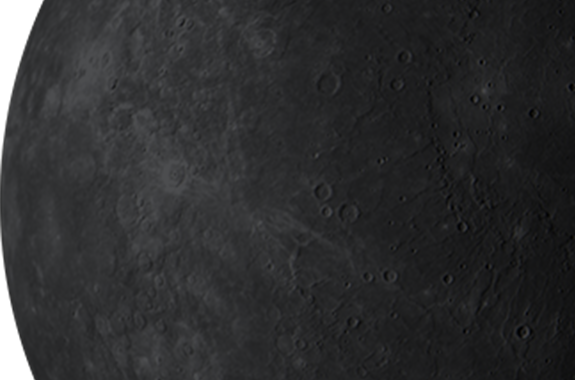 Why does it take 7 years?

Why does it take as long as 7 years to arrive at Mercury? The reason lies in the number of swingby maneuvers that must be performed. To ensure correct alignment with the planet, the spacecraft must sometimes orbit the Sun many times to wait for the correct timing for the swing-by. The 7 years is not due to Mercury being far from the Earth, it is down to the waiting times for the swing-bys.

Upon BepiColombo's arrival at Mercury, in a world's first the two spacecraft will finally be inserted into Mercury orbits. The Mercury Transfer Module (MTM), having completed its role, will be jettisoned and the spacecraft will enter into orbit around Mercury, with MIO first coming into an extended elliptical orbit with a high apoapsis (the furthest point in orbit from Mercury). Next, MPO, separating from MMO sun-shield (MOSIF), will gradually reduce its altitude and enter into a low-altitude orbit. From this point, MIO and MPO will orbit the same orbital plane at different heights while performing their respective scientific observations. 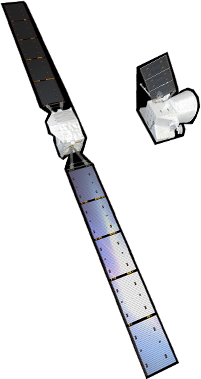 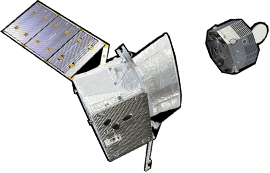 Separation of MIO
into MIO's orbitMIO 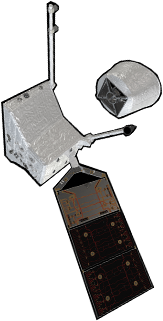 The plasma particle instruments, magnetometer, and plasma wave and electric field instruments mounted on MIO, will work together to understand the various physical phenomena occurring in the Mercury's magnetosphere.
Mercury Sodium Atmosphere Spectral Imager (MSASI) will study emission from Mercury’s thin atmosphere to shed light on the mysteries of the atmosphere's production mechanisms. The Mercury dust monitor will observe the dust of the Solar System's innermost edge about which hardly anything is known. 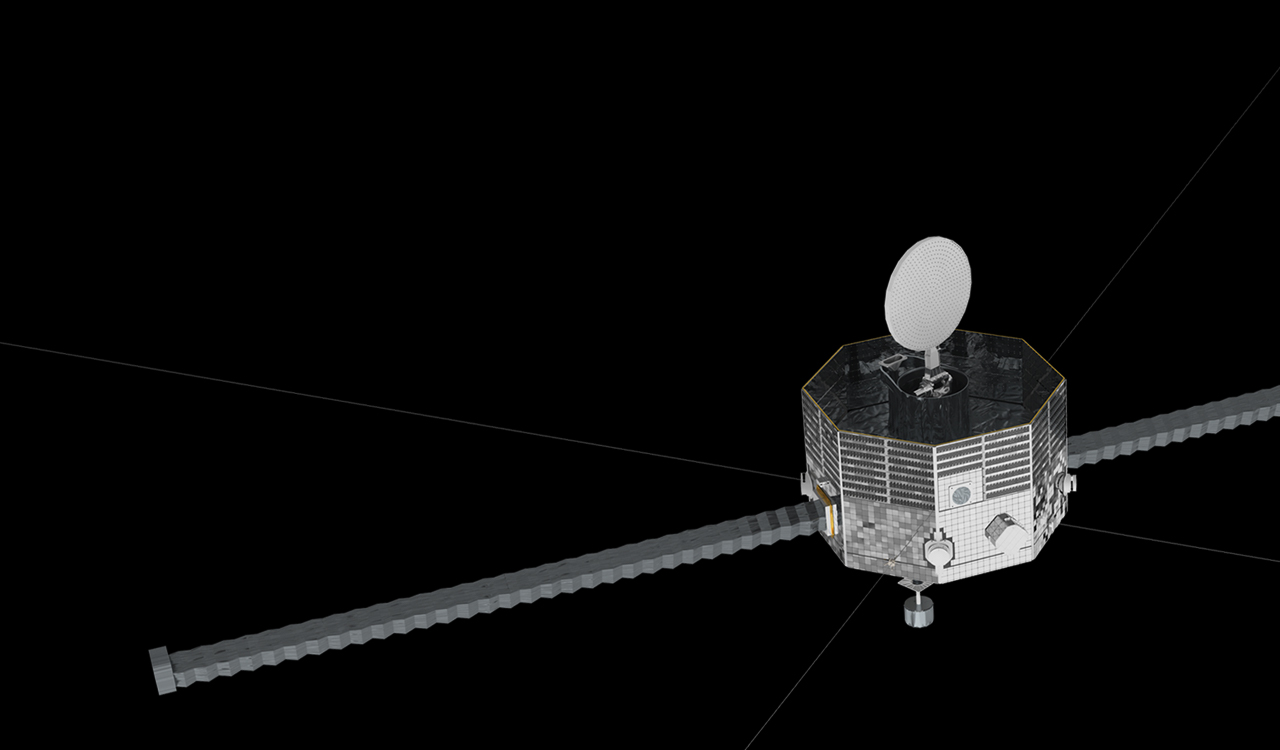 The Advantage of 2 Probes Observing Simultaneously

The planets in the Solar System are constantly bombarded by the solar wind. While magnetic fields like the Earth’s are thought to perform the role of a barrier against the solar wind, Mercury's magnetic field is about 100 times weaker than the Earth's as well as being subject to a far stronger solar wind. Through understanding what kinds of phenomena occur in such a different environment to that of the Earth, we will clarify what role the planetary magnetic field plays in relation to the solar wind.

And in the future, researchers believe that such an understanding will help in the search for the possibility of life on exoplanets. More than 4000 extra-solar planets have been already found. In particular, scientists are strongly interested in planets orbiting nearby cool stars (red dwarfs). More than 80% of stars in the neighborhood of our Solar System are red dwarfs, and their habitable zones are very close to the host stars.
One of the most famous examples of such system is TRAPPIST-1, where 7 Earth-sized planets have been already found and 3 of them are inside the habitable zone. However, the locations of these planets is much closer to the star than Mercury, so they are exposed to a much more extreme stellar wind. Therefore, we don't know yet whether they are really habitable planets or not.
A key step in understanding the environments of such planets is to investigate Mercury’s environment as the planet exposed to the strongest solar wind in our Solar System. 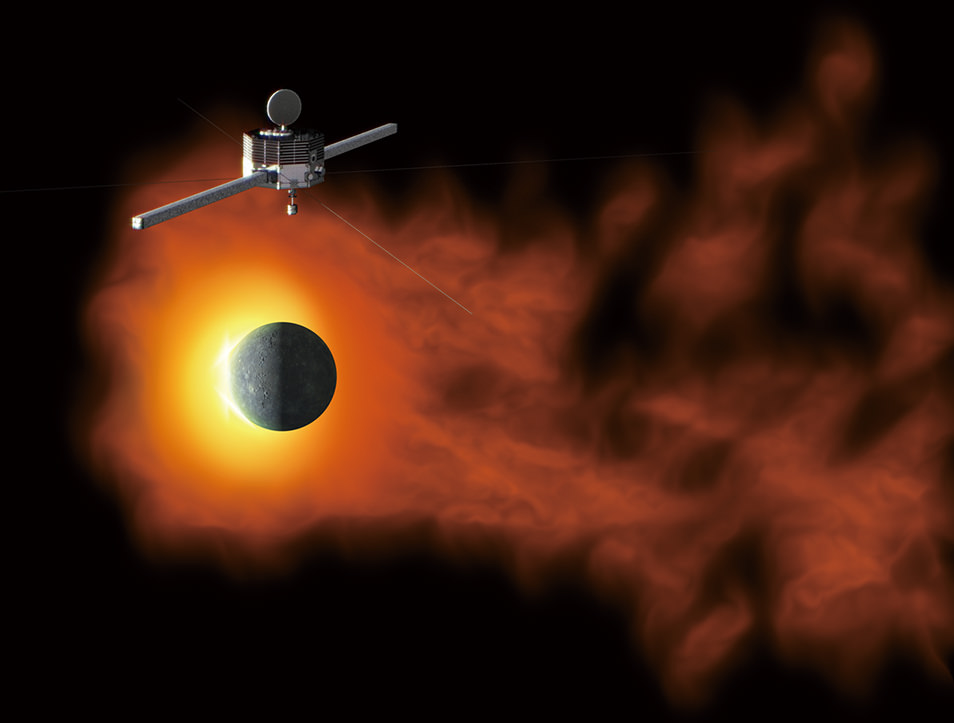 Despite being the closest planet to the Sun, it was discovered that the mineral composition of Mercury's surface contains far more volatile elements than expected. Furthermore, the NASA’s MESSENGER probe discovered strange depressions peculiar to Mercury. It is thought that maybe these depressions were formed when volatile elements escaped from the surface. These results may indicate that Mercury was once larger than it is now and could hold the key to a re-examination of the planet formation theory. 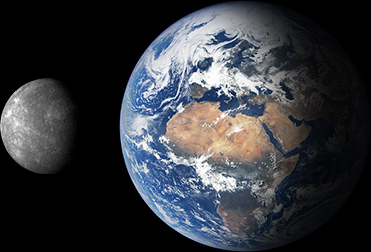 How Did the Earth Form?
Formation and Evolution of the Earth and Mercury

The origin of the building material for Earthtype planets is not yet well understood. One of the hypotheses argues that the Earth and Mercury were very similar planets during their formation. However, during their evolution, a glancing collision with a giant body stripped away large amounts of Mercury’s crust. This left Mercury as the smallest planet in the Solar System and with a large metal core. The Earth has a thick atmosphere, active tectonics and life, so geological information on the surface has significantly altered from the original state after formation. On the other hand, such ancient information can remain on Mercury. Examining geological features on Mercury is therefore a key step in understanding the mysteries of planet formation.

Understanding the Magnetic FieldMIO and MPO

Based on research of the Earth, scientists believe that a planet with its own magnetic field must possess a liquid metal core which generates electric currents through circulating. Why Mercury, the smallest and which should be the easiest planet to cool and solidify in the Solar System, still has a liquid core remains a huge mystery. Moreover, observations from the MESSENGER probe revealed that the center of Mercury's magnetic field is actually north of its equator.
What kind of internal structure causes such an asymmetric magnetic field? BepiColombo will reveal the interior of Mercury through detailed magnetic field observations from the two satellites and decipher the information on planetary evolution. 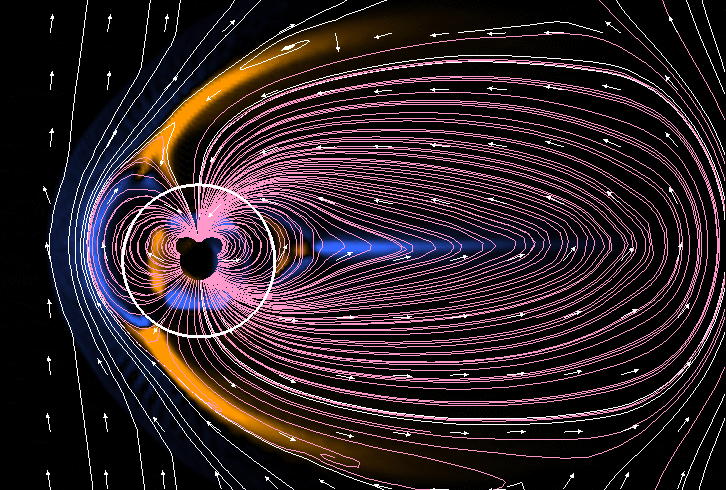 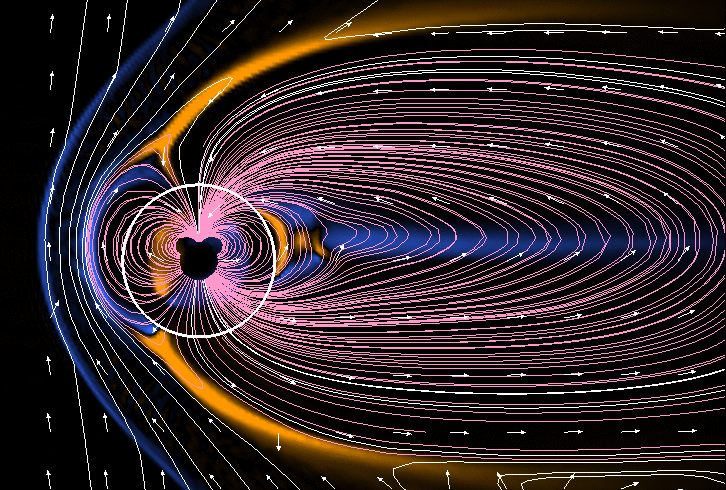 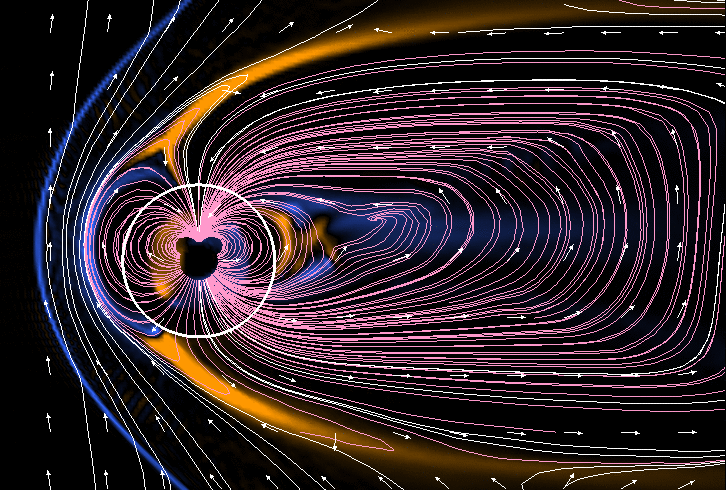 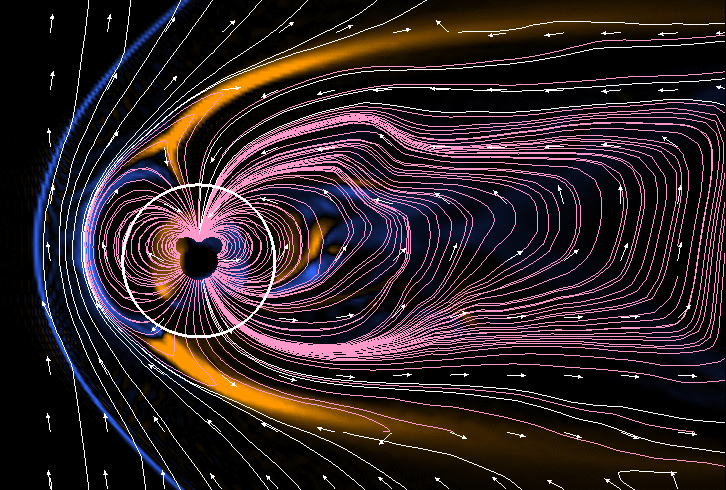 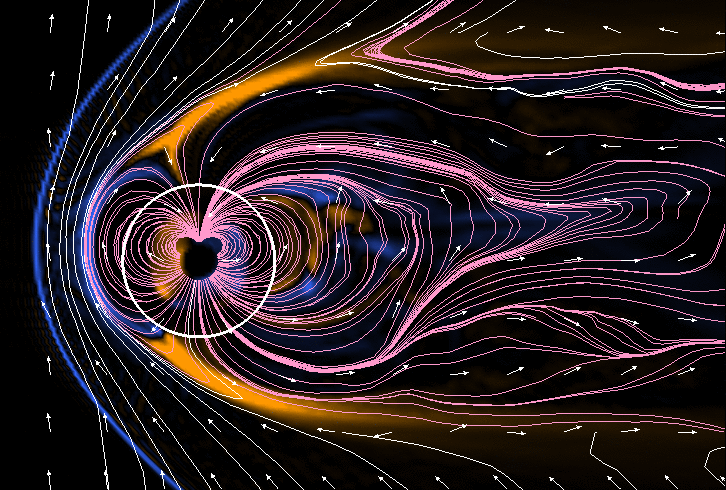 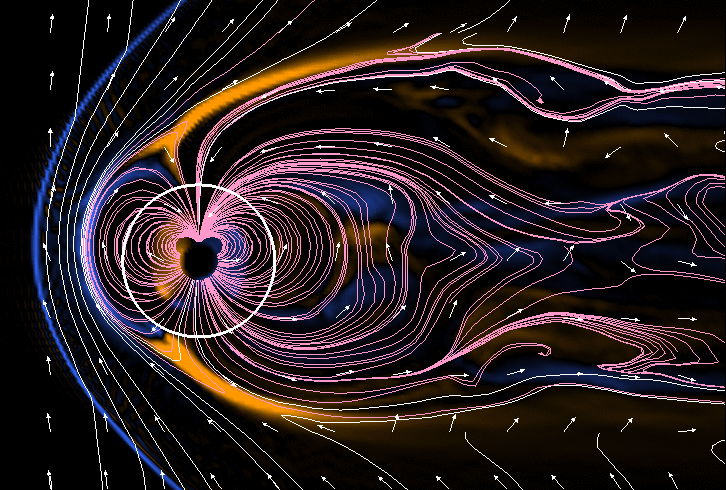 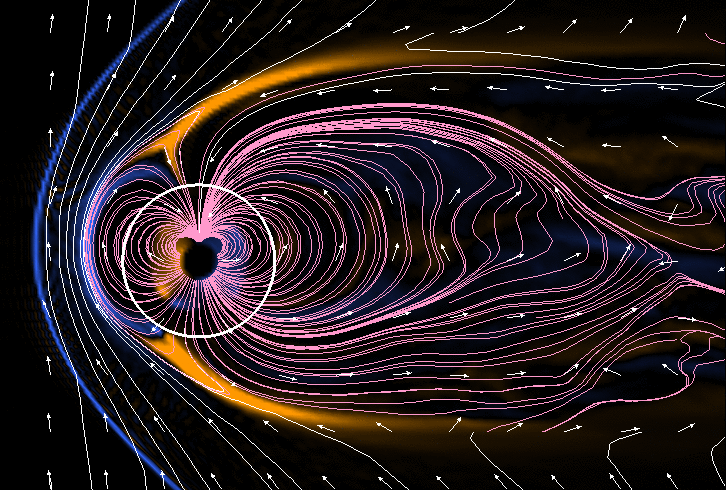 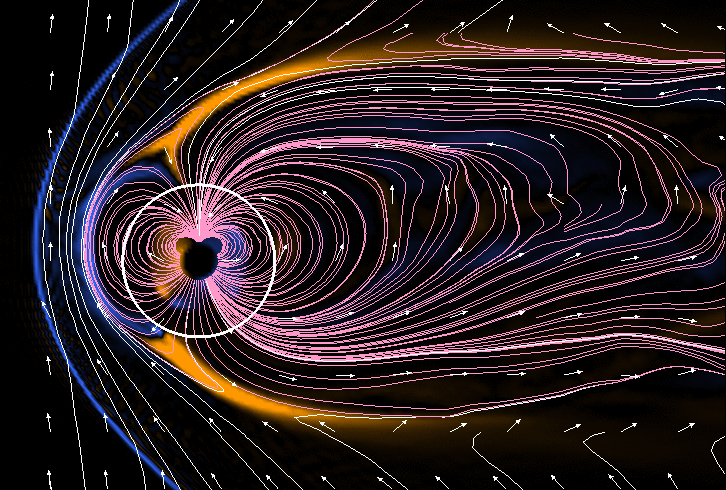 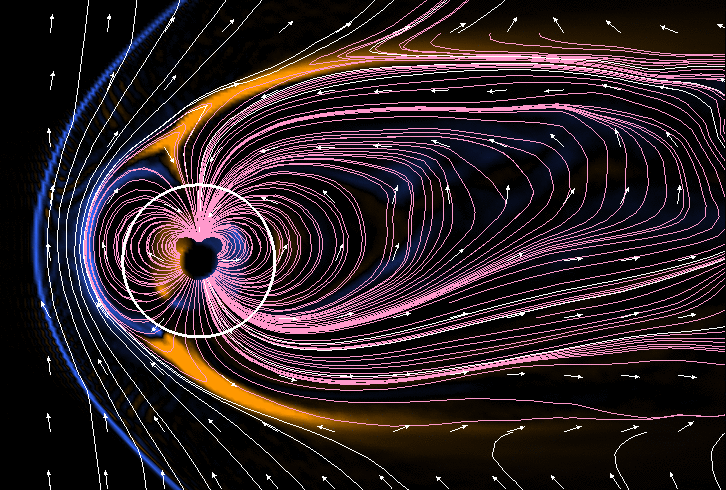 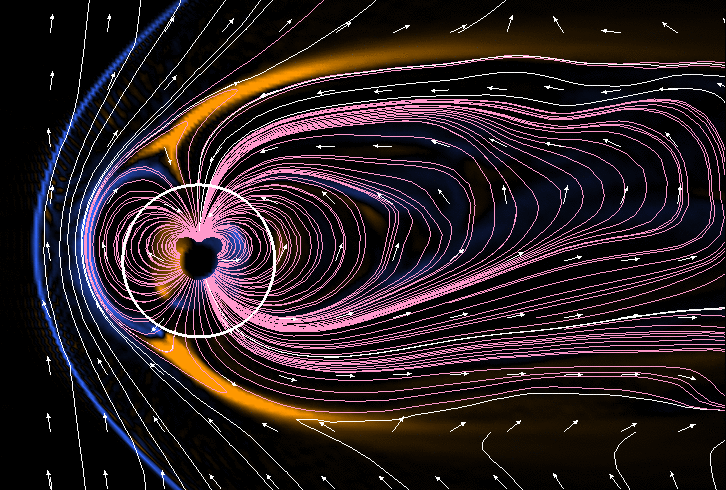